She sat staring out the window with a glazed look in her eyes, a fiendish grin on her face that would champion the Cheshire cat. Some would say the girl was downright devilish. Wrongdoing never held a place in her plan, simply meeting her goal would make her happy.

“I knew I wouldn’t meet her expectations,” she told her friend. “It wasn’t about making a good impression. That could never happen.” Her friend nodded in agreement.

The police had relinquished custody to her friend. Released on her own recognizance, they said, but in truth turned her over to a more mature person who possessed no criminal record herself. The girl’s juvenile record followed her, and the past caught up with her once again. She’d never be able to repay the favors she owed her friend.

“They picked me up by the office’s back door. You know, down by the railroad tracks. Where the dumpster usually hides the view from the street. I thought I could go unnoticed there,” Rachel’s confession continued. 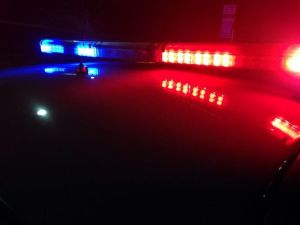 Her friend acquiesced to listen in silence, almost like a priest behind a confessional screen and not a confidant across the kitchen table. The woman sipped her tea, quiet in her contemplation. She struggled to understand Rachel’s motivation for such an act.

“I thought if the doctor wouldn’t return my phone call, I would do something to make her take notice. Professionals have an obligation to their patients, right?” Her friend nodded slowly, hoping not to agitate the girl any further.

“The rock somehow broke the window. I didn’t even realize I had it in my hand,” Rachel muttered, her gaze fixed on the side yard outside the window through which she still stared. “I kind of feel bad about it, but then again I don’t.”

The slightly sinister smirk returned to Rachel’s face, but her friend wanted no part in condoning the behavior. Her previous nod shifted to a disagreeing shake from side to side. “You know you’ll be expected to pay for the damage, and you’re damn lucky to be released to my care.”

Rachel shrugged and tossed her head slightly aside. Remorse wasn’t her style.

The older woman sighed deeply, desperate to reach the girl somehow. “This self-fulfilling prophecy is getting you nowhere,” she said. “Nobody in that clinic will agree to see you now. How do you plan to find a new counselor?”

Rachel’s attention faded. Something beyond the cigarette-stained glass pulled her thoughts away from the conversation.

She vaguely remembered seeing broken glass scattered across the pavement and hearing it crunch beneath her step, but she didn’t know how it got there. After grinding the shards with the heel of her shoe, she squinted at squad car lights flashing in her eyes and wondered what they wanted. Rachel had smiled up at the officers and simply said hello.